Over 1,000 archival items, including rare documents and images, are preserved and interpreted in the National Park Service Manhattan Historic Sites Archive, which was produced in collaboration with the National Parks of New York Harbor Conservancy to catalogue this archival material and ensure these historic resources are widely available for research and scholarship.

Generously funded by the Leon Levy Foundation, the Manhattan Historic Sites Archive archive is an invaluable destination for the study of Federal Hall as well as five other historic sites in Manhattan including: 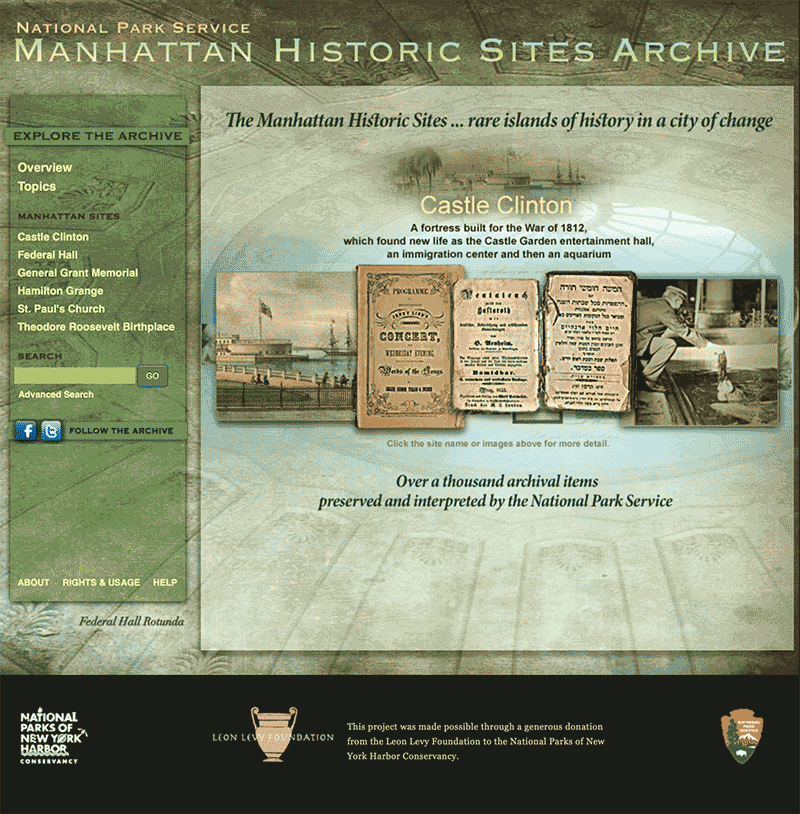