Federal Hall National Memorial is one of 24 National Parks that are situated around New York harbor, arcing across four boroughs in New York City and extending along the New Jersey shoreline.

In addition to Federal Hall, the National Parks of New York Harbor include such historical icons as the Statue of Liberty, Ellis Island National Monument, the African Burial Ground and General Grant National Memorial — popularly known as Grant’s Tomb — that preserve and interpret over 400 years of American history. The parks also include hundreds of acres of natural landscapes and recreation areas such as Jamaica Bay Wildlife Refuge, Sandy Hook and Governor’s Island where visitors can both enjoy secluded, quiet respite from the urban environment and discover unexpected vistas of the metropolitan area.

These national parks tell America’s story and preserve natural landscapes in one of the nation’s most densely populated regions. 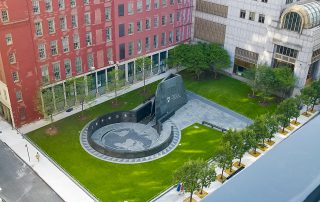 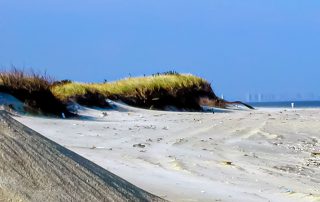 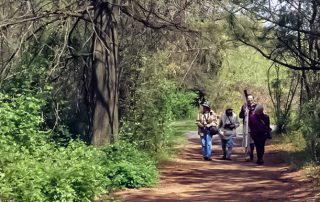 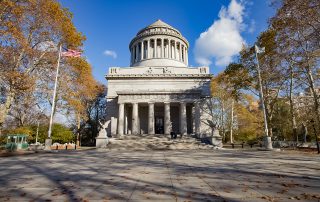 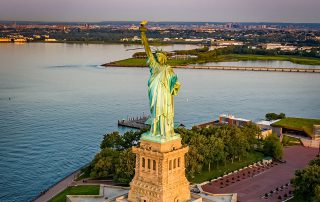 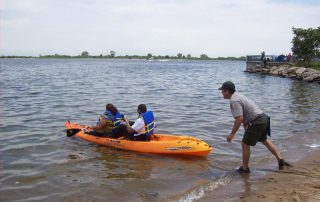 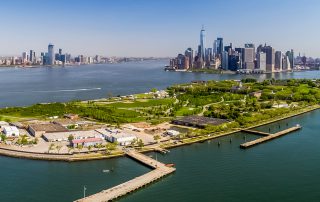 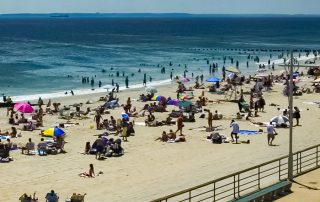 The Founding of the Conservancy

After 9/11, New York’s government entities, corporations, philanthropists and cultural institutions began to formulate plans to “bring new life to our waterfront” as Mayor Michael Bloomberg vowed in the aftermath of the attack. With two dozen national parks on or near the waters that embrace the five boroughs of New York, the National Park Service recruited Marian Sulzberger Heiskell, the pioneering philanthropist and matriarch of The New York Times family, and Marie Salerno, former Vice President at the New York Public Library, and President of NYC100: Greater New York’s Centennial Celebration, to establish the National Parks of New York Harbor Conservancy.

Incubated by the National Park Foundation and its citizen chair, David Rockefeller Jr., the Harbor Conservancy has been the official 501(c)(3) nonprofit partner of the National Park Service since 2005 charged with improving access to these special places, enhancing the visitor experience with transformational programs and developing earned revenue initiatives toward their sustainability. Mrs. Heiskell served as the active chairwoman of the Conservancy until her death at the age of 100 in 2019. Vice Chairman Tonio Burgos succeeded her as chairman. Mr. Burgos is founder of TBA Consulting, former chief of staff to Governor Mario Cuomo, and a former Commissioner of the Port Authority of New York and New Jersey.

A Force for Revitalization

At the Manhattan national monuments and memorials, the Conservancy has conserved historic collections, funded major restoration efforts and launched new public programs and exhibits. Across Brooklyn, Queens and Staten Island, it had connected local communities to their waterfront recreation areas with activities including free kayak and camping programs.

The Conservancy is currently focused on transforming Federal Hall National Memorial—the birthplace of American democracy—into a major public destination with new civic, educational and tourism programs. This is a continuation of the Conservancy’s earlier successful efforts to establish historical tourism in New York City with audio tours on harbor ferries and self-guided walking tours.

New York City will celebrate its quadricentennial in 2024/2025, and a year later America celebrates its 250th birthday in 2026. From New York’s Dutch roots to the establishment of the nation’s government at Federal Hall, downtown Manhattan is truly the epicenter for these two celebrations. The Conservancy’s exciting plans for a New Day at Federal Hall will bring the story of the world’s most enduring democracy to life for the millions of international and American tourists who will come to New York to take part in these historic festivities.

See all the parks at National Parks of New York Harbor.